I picked this up on Nafisa’s blog a couple of days ago, and thought it would make for a rather nice summing-up of 2009. If you like questionnaire-type thingies and reviewing the year nostalgically, then do repost the questions on your own blog. Along with your own answers. Obviously.

Quite a few things, actually. Belly dancing, for one. I also employed my first full-time staff member. And participated in a podcast. Ooh, and I got published! And started playing drums. And started getting media invitations to events. And went to Bloemfontein for the first time. And saw my Spanish football heroes in the flesh. Gosh, turns out it was quite a year.

2. Did you keep your new year’s resolutions, and will you make more for next year?
I don’t recall making any, which is odd, because I’m sure I usually do. And then I keep exactly zero of them. So perhaps I’ve inadvertently stumbled on the secret to achievement. I will set some goals this year, however. Nice easy ones that I can reach in the first week or two. “Lose 50 grams”, “Learn one new word”, “Send an email”, “Cuddle the cats”, that sort of thing.

3. How will you be spending New Year’s Eve?
At a house party in Oranjezicht, eating pizza and drinking French wine. I think it’s going to be absolutely lovely. And it may well be the first time Paul and I have actually had plans for NYE more than a week in advance. Either they’ve invited us there so that they can throw us in the pool and point and laugh, or we’ve actually… *gasp*… finally managed to scrub the L off our collective forehead.

4. Did anyone close to you die?
No. Thank goodness. I’m honestly not sure what that would have done to me.

5. What countries did you visit?
Bloemfontein is a country, right? Other than that, none… sadly. I have very bad travelbugalitis right now.

6. What would you like to have in 2010 that you lacked in 2009?
The ability to set boundaries. And tuna steaks every weekend. And a trip to Paris. No, seriously.

7. What date from 2009 will remain etched upon your memory, and why?
17 June. The day I saw Fernando Torres and Iker Casillas playing on a field right in front of me, for the first time.

8. What was your biggest achievement of the year?
Hearing the words “Well done!” from someone that I like and respect immensely, in response to a job that I truly enjoyed doing.

9. What was your biggest failure?
Allowing myself to get too busy to remember birthdays and stay in contact with friends and family.

10. Did you suffer illness or injury?
Let me count the ways: My thyroid function dipped again earlier in the year, the dysplasia and arthritis in my hip made me cry frequently, I had laryngitis twice, and I ended the year with tendonitis in my foot. My body is an awesome fighting machine. Unfortunately it mostly fights with ME.

11. What was the best thing you bought?
Tickets for the Spain/South Africa Confederations Cup game in Bloemfontein. I’ve never experienced an atmosphere like that in my life. 2010 will have to work hard to top it.

12. Where did most of your money go?
Into my business.

14. What do you wish you’d done more of?
Spending time with my parents. Writing for pleasure. Reading. Belly dancing.

15. What do you wish you’d done less of?
Surfing the web. Tidying the house. Getting frustrated. Coaxing William down from the roof.

16. What was your favourite TV programme?
Black Books. I think they wrote it just for me. It’s ridiculously funny. And also just ridiculous.

18. What was the best book you read?
The Shadow of the Wind by Carlos Ruiz Zafon. It takes a lot for a contemporary book to make it into my Top 10, because I’m usually all about the Anna Kareninas, the Jane Eyres and the Pride and Prejudices. The Shadow of the Wind cracked the nod, though.

19. What was your greatest musical discovery?
I found a plectrum I thought I’d lost. Oh, I see, not like that. Um… Snow Patrol, oddly enough. I know, it’s nothing earth-shattering or sophisticated, but it’s beautiful and makes me feel happy/melancholy/more like me.

20. What was your favourite film of this year?
District 9. Truly. It was fresh and unconventional, and didn’t try to preach to me. In other words, it was the opposite of Avatar.

21. What did you do on your birthday?
I worked, which is very unusual for me – I always insist on taking off on my birthday. But this year I couldn’t. I did have the bestest birthday party ever with fellow July-1976-baby Elan, though, which involved crazy outfits, 80s music, lots of dancing, tequila, and Saul’s burgers at 3.30am.

22. What kept you sane?
My cats. It’s true. They’re cuddly and fluffy, and there’s (almost) nothing that cuddliness and fluffiness can’t fix.

23. Who did you miss?
My brother (I don’t suppose I’ll ever stop missing him), and my sister-in-law, niece and nephew (who all live in Sydney). I also found myself missing my grandparents more often than ever before, even though they all died more than 10 years ago.

24. Who was the best new person you met?
I met so many wonderful new people this year that picking out one just wouldn’t be fair. Or truthful. Each of them is the best in their own way.

25. Tell us a valuable life lesson you learned in 2009.
Have a plan in place for what you would say if you suddenly came face to face with a celebrity (or group of footballers) that you’ve always wanted to meet. Or you will end up feeling silly and disappointed. And silly. And SILLY. Oh the shame, how it burns. 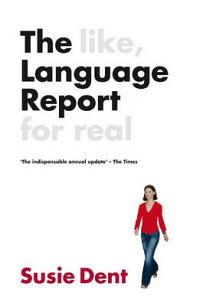 Yes, that’s right. It’s a book about words. Much like a dictionary. (See, Mrs Fanner? I wasn’t kidding back in Std 2 when I told you that I liked to read dictionaries for fun.)

And before you think, “Oh my goodness how boring why would anyone want to read a book about words”, let me remind you that you are currently on the Interwebs, reading largely insignificant snippets about someone else’s life. So let’s not throw stones, shall we?

END_OF_DOCUMENT_TOKEN_TO_BE_REPLACED

Today is a sad anniversary for me. It’s been exactly one year since my older brother, Paul Sharpe, passed away, after suffering a heart attack at his home in Sydney, Australia. He was only 43. I still miss him tremendously, and think about him very often.

Although I’ve had plenty of good experiences and gotten to know a lot of awesome people this year, it’s been a hard year for me. I wasn’t sorry to say goodbye to 2008.

What follows is a collection of thoughts that I posted to the Business Warriors forum a few days after my brother’s death. I hope you find them thought-provoking, and take them to heart.

END_OF_DOCUMENT_TOKEN_TO_BE_REPLACED

So we had fun today.

I got up this morning at about 9, quite a bit later than intended, wandered through to my office, gazed lazily out the window, wondered why the pool appeared to have a cover on it when we don’t have a cover, looked a little harder and OMG WHERE HAS ALL THE WATER GONE SOMEONE’S DRAINED THE POOL THIS IS A DISASTER!!!!1!

END_OF_DOCUMENT_TOKEN_TO_BE_REPLACED

There are certain grammar, spelling and punctuation mistakes that I see over and over again, both in the course of my editing work and just generally, out in the wild. In the interests of making the world (and the web) a better place, I’ve decided to run a series of posts on these common – and easy to avoid – language errors.

First up is the epic battle between YOU’RE and YOUR. People mix these two up all the time, saying things like “Your too good for me” and “You’re place or mine?” If you can’t work out why these two sentences are wrong, best you read on attentively.

Here’s how it works:

When writing “your” or “you’re”, avoid this mistake by asking yourself, “Can I replace this word with “you are”?” If the answer is yes, then you should write “you’re”. If the answer is no, write “your”. It really is as simple as that.

* I’ll cover the abuse of apostrophes in a later post.

Having been on a bit of a weight-loss drive for the past few months, I can relate to this poor little thing. He is a bit tubby. Might want to consider a few extra turns in the wheel to work off that biscuit.

Earlier in the week I posted the following thread to a business forum to which I belong. The members of this particular forum are largely over 35, and self-employed or running small businesses. There’s a fair amount of negativity about the country and economy hanging around at the moment, and I thought it might be a good idea to share a few positive ideas and insights with them.